Interview – 11. Sep 2020
SYNGROUP ITALY:
ETHICAL PRO BONO OFFERING DURING COVID CRISIS
Andrea Sala is the man behind SYNGROUP Italia in Milan. Sala has more than 20 years of experience and brings himself into position with smart actions.
Careers are usually based on milestones. What were they for you?

Actually, there were a few. Some of them were very special situations from which I learned a lot.

I was involved in a project within the defence sector many years ago. It was about torpedoes and had a very tight timeline. During the tests, the engines burned up. We originally had thought, “Let’s just build engines and get this thing to work” but in fact, we had to start from scratch and deliver a complete redesign. That showed me how far some solutions need to go.

But that sounds more like a technician than a consultant?

I know I am the black sheep of the consulting industry (laughs) as I come from the defence sector, and even though I have 20 years of consulting experience, I didn’t go the classical way. I was already too old to become a junior.

Yes, but I wanted it so badly, I put all my passion into this development process. Every year meant more experience and every year I took a closer look at what steps I had to take to improve myself further.

Speaking of paths - when did the paths of Andrea Sala and the SYNGROUP cross?

I was loaned to SYNGROUP by the company I worked for for a major project in Rome The reason: they didn’t have enough native speakers.

And that immediately led to SYNGROUP Italia?

No, that was a longer process, but I also saw a great opportunity in it. Although I moved from within the industry sector into the consulting world, I wanted to grow more within the commercial arena. But this function was in firm hands in the company where I had worked before. Then the opportunity for SYNGROUP Italia arose and we started the journey in November 2018.

I had really great conversations with the CEO of SYNGROUP, Heinz Marx, who took a lot of time out for me. I like his work ethics and he really takes the time every week to talk with me in detail. It is very important to constantly exchange ideas, discuss ongoing projects and develop new strategies.

That means SYNGROUP Italia was at that time just Andrea Sala?

Yes, my computer and me. We have built SYNGROUP Italia on a so-called greenfield site. That was of course a powerful challenge, but also a great opportunity for me, because I now have complete ownership for sales. However, with ownership of a new venture, there is always a self-doubt, whether you are good enough and can really perform in a way that satisfies the SYNGROUP Board at the headquarters in Vienna.

And are the headquarters in Vienna satisfied?

Since SNYGROUP Italia still exists, it must be so. (laughs). In the first year, which of course was 2019 after the founding in 2018, we wrote positive figures. This was a good start, and built a firm foundation to move forward.

What were the biggest challenges in this first year 2019?

Of course our credibility, we were relatively unknown within the market in Italy. SYNGROUP Italia had to be placed on the market. In this context, the most important thing is to build trust. Nobody had heard of SYNGROUP Italia until then and potential customers want to know: Who are you? What can you do? We also had personnel problems: I sometimes miss a back office here in Milan.

Can the SNYGROUP headquarters in Vienna help out in such cases?

Absolutely, but sometimes native speakers are needed, which became apparent in a due diligence project in the ceramics sector recently. Within a week, we had to call in experts from within the ceramics industry in Italy to complete the project. It worked out wonderfully, but it also showed us where we needed to improve.

Does the fact that SYNGROUP already have excellent references in Austria and Germany help with new business opportunities?

Yes and no. We live in two different cultures. Although we are all in the EU, but from the point of view of Austria and Germany, there seems to be pure chaos when you look at Italy. And vice versa, we have a little difficulty with the strict working methods in these countries compared to Italy.

What was SYNGROUP Italia's first order?

After having built up my own good network over a 20-year period, I contacted those companies with which I had a very good working relationship over that time. The first order, however, came from my very first CEO, who now runs a logistics company in Milan. I called him and told him straight away that I wanted to do a project with him. He reacted totally positive and said: “Andrea, I have thought of you many times over the years!” and that was because there was a picture hanging in his office showing him with the founder of the company and me in the background, maybe fate? (laugh).This was also a very nice first assignment for me.

In February 2020 the Covid19 crisis hit Italy hard. Is this an opportunity for SYNGROUP Italia or a heavy burden?

In truth, we cannot yet really assess the consequences yet, but of course there will be companies that need our help and we will take advantage of that, depending on the situation, this will start in September 2020 when the government’s protection against dismissal will cease and companies will start to reposition themselves.

How does SNYGROUP Italia stay on the ball in such a difficult situation?

During the months of the Covid19 crisis, we sent over 2,000 emails with a very positive message to Italian companies. Whoever wanted to, could take advantage of certain services from us pro bono. Doing this, we sent out a positive message that SYNGROUP Italia were there, even in hard times. We are also a small and agile company that can react quickly and effectively. This gives us a very good standing when life gets back to normal. Whereby: It will be a different “normal” than the one we have known so far.

How long will it take to consolidate economically in Italy?

I see a soft light with the end of September, because I see the restart for that time. However, we still have a big unknown in our calculations: Is a second wave coming, and if so, how massive will the effects be.

Finally, a personal question: What are the key assets of Andrea Sala?

I am an extremely positive person with a lot of passion and a lot of technical know-how. I am particularly fascinated by the space sector and and in general for everything that has to do with complex products like in transportation, from trains to airplanes. And I hope that soon there will be the possibility again to hold meetings and not via zoom, but in person. Among other things, I appreciate the SYNGROUP corporate culture, where people meet outside the conference rooms and discuss ideas and projects over a drink. This is extremely important for team building. 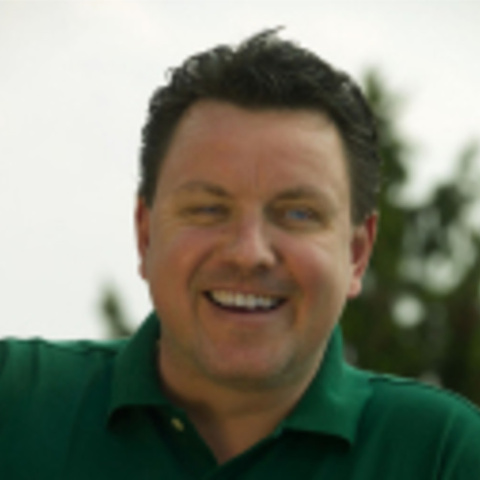 SETTING A SIGN OF HUMANITY TOGETHER WITH STRONG PARTNERS

BUSINESS TRANSFORMATION FOR A MANUFACTURER OF PROFESSIONAL COFFEE MACHINES

THE COOL THING ABOUT PROCESS CONSULTING IS THAT YOU FEEL THE IMPACT RIGHT AWAY.

TENDER-STRATEGY AND -PREPARATION FOR A RAILWAY OPERATOR

STRATEGY CHECK FOR A LEADING INVESTMENT GROUP IN EUROPE

RESTART NOW – THE RETURN TO A “NEW NORMAL” DEMANDS CHANGE

YOU CAN'T HAVE ANY MORE DISTRACTION THAN WITH MY ONLY CUSTOMER