Interview – 11. Nov 2020
YOU MAY NOT HAVE THE TIME, BUT YOU TAKE IT
Gerald Reitbauer, Manager
Mr Reitbauer, may I ask what you studied? And would you study something else today?

I studied economics at the University of Graz and would certainly not study anything else, even if I could go back again. It was definitely the right choice.

Because you are an economist, do you understand the big picture better?

Well, I can see it now, I have completed an MBA programme at WU on the side, i.e. part-time. This was very valuable and important for me. But personally, it is that way for me: Economics is science and business administration is methodology. (laughs)

In any case, your programme was quite intensive. As a consultant, you've got days that are already scheduled and then you had a degree programme on the side - how did that work out for you?

You have to be a bit crazy, yes. It only worked out because a lot can be talked out within the Syngroup community. I started my studies and, of course, had to make decisions beforehand: Will I do it? And how can I do it? So I told Wolfgang Hildebrand that I would like to do it. I knew it can’t be done full-time, but can we find a solution? And then, I think, I was only working about 75% as a consultant with an all-in contract, so to speak, so we have found a really flexible solution.

This means that Syngroup supported you and your studies because in all likelihood it was a benefit to everyone?

Yes, that’s how Syngroup simply ticks: it’s all about give and take. When the bosses realise that you give everything for the company, then they are also prepared to give something in return. And that works. There are no prescribed rules. Everything works individually and therefore remains simply human.

When and how did the desire to become a consultant arise? What attracted you to the industry?

To be honest, the wish never existed. I come from a village in the Styria, where consultants have a rather bad reputation. Especially as a student of economics, you always see the bigger picture first. Consultancy has never been one of my goals.

Gerald Reitbauer: "Economics is science and business administration is methodology"
How did it come to this?

As so often by chance, I was at the High Potential Day 2014 in Vienna (note: a recruiting event for graduates of the Viennese universities) and had various appointments with large companies and state-affiliated organisations, which I thought I would have somehow fitted in with them, as an economist. I asked the people from the HR departments there very specifically: What can I do for you? What do I need to bring with me? And where can I apply? The answer came every time: It’s all on the Internet, you have to ask the department head – hello? I would have liked to hear something different. It was very annoying. Syngroup was the only management consultancy there at the time, I noticed that and I went there shortly before the end of the day – and they took three quarters of an hour for me. The conversation with Anna Schleiffer – I’m still on project with her today – was great. She was a senior manager at the time, had been in the business for ten years and simply told us what was happening at Syngroup. We talked about my training, which I like to do, that languages are good for me. Very relaxed. And two or three days later Wolfgang Hillerbrand called me and invited me to a meeting. I went to Vienna, and Wolfgang took three hours for me. It was very amical – and I ended up here.

This empathic method of Syngroup, taking time, getting involved with people and listening, is obviously working well. This is rather unusual in the industry - and probably also in general.

I don’t know whether it is usual or not. Syngroup was my first big position after university, so I can’t say how things are going in other companies. But it’s definitely very friendly here, you’re on a first-name basis at all levels of the hierarchy from day one, you go for a beer on Fridays when you feel like it – but at the moment this is unfortunately very limited. It’s very much appreciated and encouraged if you also exchange a little bit of information in private.

Can you please tell me what exactly you do for Syngroup?

I am a project manager now. That means I am the main contact person for the customer, where I am on site as much as possible. Together with my team, we work through the project and define the project progress. I am responsible for the team both in terms of content and as their support and first line manager.

How many people are there in a team?

These are mostly small projects, there are two or three of us. But we are also working for a large German packaging company that is part of an international holding company. Together with a very broad, local team, we are looking at the control centre, the entire planning department. We go through all the personnel, all the capacity planning for the next three or four months in advance. We have to define our capacities at a very early stage so that we don’t run out of steam in the short term.

What about your work-life balance, or as it is supposedly so nicely called at Microsoft, your work-life flow? What does your counter World look like?

It is already difficult. But the counter World is first and foremost my fiancée – we got married this year. Being engaged when you’re at university and working on the side ­- she takes it with a sense of humour. She really stands behind me.

And she's is going to continue to take it from the looks of it?

She does, otherwise she wouldn’t have said yes (laughs). Sure, you need friends too, regularly. Only the weekends are left, and they’re always booked up for months at my place.

So leisure time is just as much in tune with the times, as is your working life.

This is also the only way to make it possible. Other people in less demanding professions will probably not plan their weekends like this – and perhaps experience them less intensively. I have to plan my days much more, and for me it’s simply more intense and I think I use my time more efficiently. In the end I will probably get the same benefits from my social life. I just don’t sit so much in front of the TV, as there is little time for that.

No great loss. In any case, one could say that you succeed in achieving efficiency, the main goal in the professional World, in your private life as well. Would you say that this also has to do with your personality structure?

I believe that, if that is what is important to you, you can somehow manage to get it done. You don’t have the time, but you take your time, and of course that also applies to your professional life.

Are there sometimes moments when you think you would like to make a difference in the World? What do you think the chances are these days?

I am relatively realistic. I don’t think I’m going to change much in the big wide World now. What I can do: I can set a positive example. My motto in life is: I only want to do what I can identify with. I still have to be able to look at myself in the mirror in the evening. It is especially important for a consultant to reflect. After all, you always make decisions that are important, sometimes vital, for other people. It’s also about people, and from time to time you should certainly think about that. Ask the question, Is that really the right thing to do? And then take a closer look at the next level of detail to make sure that everything fits.

Keywords: Corona, climate catastrophe, globalisation, ageing, other megatrends, and perhaps the most important question: does everything really have to keep growing? What is your position on the pressing issues of our time?

The environmental debate is very important, changes are inevitable and will come. However, for me as an economist, the question of distribution between rich and poor is a much more drastic problem. If we do not get a grip on it, it will lead to the next major crisis, much more quickly than the environmental issue. Before every war, it has always been a distribution problem, which in the end has widened the gap between the rich and the poor.

Can an industrial company make a difference here?

I have been to many different customers and have seen the big differences in company cultures. The question is: How can I best guide my employees to prudent, efficient performance that ultimately benefits everyone? It seems to me that this is best achieved by those companies that also take personal care of their people, who also perceive a certain social competence. This ultimately produces the best quality output.

So empathetically addressing the personality of each individual is also a method, so to speak, of making the World a, "A Better Place"?

Finally, I have the Syngroup Word Rap for you and the request to answer as briefly as possible, ideally with just one word.

That it is necessary to solve problems that companies do not trust themselves to solve.

There is one thing above all that distinguishes a good consultant:

A good customer is characterised by one thing above all:

I think I am quite good with people.

My colleagues appreciate me above all:

On the one hand my authenticity, but also integrity.

It’s kind of right. But I miss – so efficiency means doing things right. But I also miss effectiveness, i.e. doing the right thing. I think we can do that at least as well.

Thank you very much. 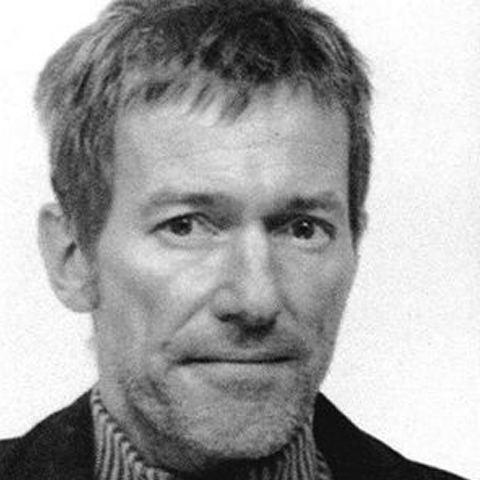 YOU MAY NOT HAVE THE TIME, BUT YOU TAKE IT