Interview – 20. Jan 2021
IT IS NOT ENOUGH JUST TO BE GOOD,
YOU NEED SOMEONE WHO RECOGNIZES IT
Francesco Ferrero, Managing Director of Nova Siria srl, on the generational change in companies, the importance of distributing tasks and responsibilities well and the advantages of being part of a larger whole.
Nova Siria was founded by your grandfather, can you give me a brief story of how Nova Siria was born?

In reality, “Siria” had existed since 1932, operated locally in Turin and was involved in plant engineering. My grandfather during the war worked and studied as a surveyor. These experiences led him to be the workshop manager at Morando (now part of Comau) until his retirement. With the money taken from the retirement and with two sons who had graduated in mechanics, he decided to buy some machinery and start a small business as a subcontractor in a yard in Turin. It was in that very yard, that my grandfather met the owner of “Siria” who, having no sons interested in his company, proposed to buy him out. This is how the Ferrero family found itself operating in the sector of cast iron joints with Nova Siria. Sometime in the 1980s came the innovation of multi-diameter joints which allowed the company to grow significantly. From the 90s large and repair joints were introduced. From the 2000s with the entry of China into the market, Nova Siria introduced a new innovation by building the first steel that gave a strong impuls to the export.

How was the transition from owner's child to employee to managing director?

Over the years we (Francesco and his cousin Marco) have developed a lot and the transition has come faster than we could have expect. The coaching period was essential because it gave us enough time to take responsibility and run the company with serenity. Dad and Uncle let us make mistakes but their control allowed us to understand mistakes and improve from them.

Handover to Marco (far left) and Francesco Ferrero (far right), representatives of the 3rd generation
How important is it in the generational shift to work in the company and see it grow?

It is certainly important but Marco and I have grown up with our original company of which Nova Siria was a customer along with many other brands. This allowed us to compare ourselves with other companies, some even bigger ones with tough commercial managers who treated us “rightly” like kids: we learned a lot from them.

How would you express your satisfaction with the business, to your grandfather?

My grandfather was a production person, very oriented towards production. He often had lunch in the workshop with the food prepared by my grandmother. My grandfather always said that “it is not enough just to be good, but you need someone who recognizes it”. Today, while I also hold the role of human resource management, I often find myself in front of young men and women who express their gratitude for the opportunity given to them in Nova Siria. It is a satisfaction to know that the company created by my grandfather, my father and my uncle allows the men and women who work here to make their dreams come true.

How many people in the family work in the company and how do you get along?

There are 3 cousins and myself. My father and my uncle are still in the company as consultants and there was also my mother and my aunt. Sometime points of view are different between us, but over time we have learned to get along. At the base there is a family respect that we have been taught, we have understood where the boundaries are and not to overstep these in any discussion and we have learned to trust each other even if we have different views. Another trick was to divide the tasks well and leave everyone with their own responsibility, however we consult one and other about important decisions. It is right that everyone makes their share of mistakes from which everyone can learn and grow.

Nova Siria is part of the Hawle group how was your entry into the group?

At the beginning there was a bit of fear because in the past other groups had already set their sights on Nova Siria but more with the idea of ​​engulfing us, while Hawle wanted to maintain the true essence of the company. Being part of Hawle today is very positive, more than we expected. It involved high level reporting and for the first 2 years we had to adapt our ways of working but we learned. The challenge was not to fill in complicated excel sheets, but to think with a 3 and a 5 year budget, planning projects in every business area not only in sales but also for investments, maintenance, personnel etc. At first, we did not understand and we thought it was other the top, but then we appreciated the benefits and now we believe it is necessary. We got a taste for it. It allows us to do great things. It also makes us dream about the future.

The consultants arrived with Hawle, how was the approach with these new figures?

After 40 years of experience with good results, getting to have someone who could give their opinion on the production know-how created a bit of perplexity. In the beginning it was imposed on us, the cost was also important. Along the way we found excellent tools and excellent ideas and it has also become a good way to create opportunities to stop and think with all the important heads of the company. Today we continue with consultants but` without Hawle’s obligation anymore, we understand that the return is greater than the cost.

Many thanks for the interesting conversation.
Nova Siria - Jointing, repairing and ho-tapping systems for land and marine pipelines
ABOUT NOVA SIRIA

Since 1932 Nova Siria designs and produces jointing, repairing and hot-tapping systems for land and marine pipelines. Located near Torino, the company is a leader in tailor-made products. Due to the rapid availability and wide range of products, the company can cover any need for pipe systems for water, gas, oil and pressure pipelines in general in the areas of construction and maintenance. Nova Siria has been part of the Austrian Hawle Group, one of the international leaders in quality and innovation of valves and pipe connection,  since 2015. Currently the company employs 75 people and closed 2020 with a turnover of just over 20 million euros. 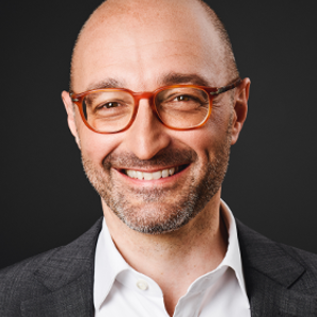